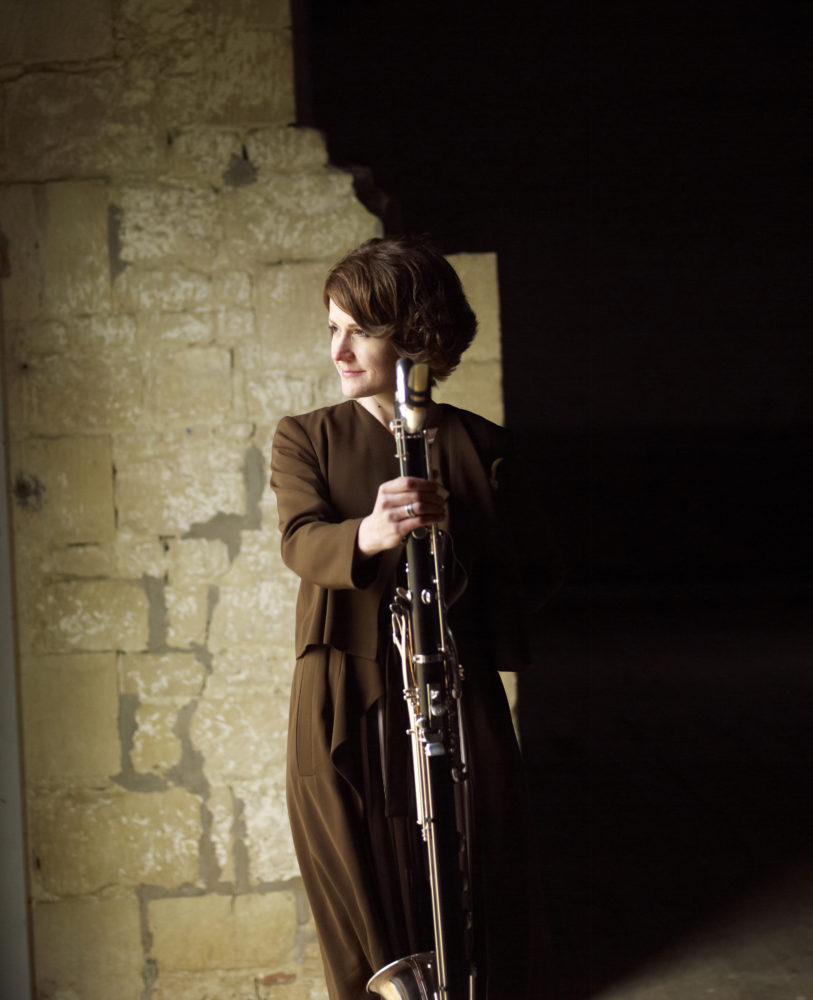 Kate is a highly versatile musician who loves telling stories. She has a successful and eclectic career that embraces performance, writing, production and broadcasting.

Kate is a writer for the BBC Orchestras and the Proms. A regular BBC Radio 3 presenter, she has written and narrated over 130 short stories for Essential Classics and Our Classical Century. Kate has written and directed Goldfield’s five acclaimed children’s productions and is Director of Aspire (outreach & participation) at the Lichfield Music & Literature Festival.

As a chamber musician and soloist, she has performed at most major UK venues and festivals. Kate has given over 70 premieres and has recorded for NMC, Metier and Minabel. Her debut solo CD was awarded 5* reviews from Gramophone and ‘Pick of the Month’ in the chamber music section for the BBC Music Magazine. Kate studied at the Royal Northern College of Music where she graduated with first class honours, she holds an MPhil from Cambridge University and a doctorate in composition from Kings College London.

An award-wining graduate of Chetham’s School of Music and the Royal Academy of Music, Nicola enjoys a busy and successful freelance performing career. She is a founder member of the outstanding Britten Sinfonia and works with many of the top London orchestras (BBC Symphony and Concert orchestra, the Philharmonia, English National Opera, Royal Philharmonic Orchestra). Her performing career has embraced broadcasts, BBC Proms and taken her round the world for more than two decades.

Nicola runs a thriving private teaching practice and regularly takes part in the innovative outreach work with Britten Sinfonia and Goldfield Ensemble. She is involved with the running of Goldfield Productions as player representative for the Goldfield Ensemble. 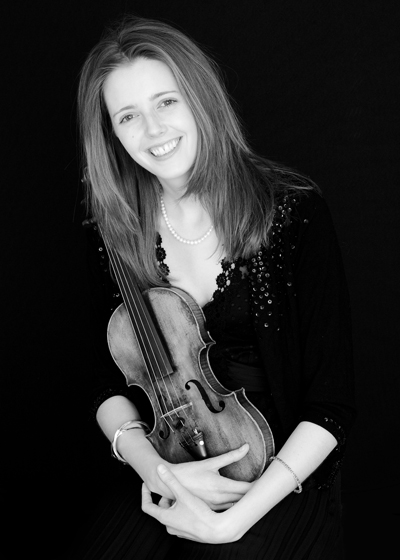 Alexandra was born and brought up in Great Hampden before embarking on a music degree at Selwyn College, Cambridge, where she was awarded a first class honours degree. She then attended the Royal Academy of Music as a student of Erich Gruenberg, graduating with Distinction in 2008. Two years later she was appointed a member of Britten Sinfonia, with whom she now principally plays, touring the UK and abroad. Recent Britten Sinfonia highlights have included performing Vivaldi’s Autumn from the Four Seasons in the City of London Festival and playing with the orchestra in the BBC Proms 2017.

Alexandra has also worked with the London Sinfonietta, the Philharmonia Orchestra, the City of Birmingham Symphony Orchestra, Aurora Orchestra, the City of London Sinfonia, and the BBC National Orchestra of Wales. She plays frequently with the London Chamber Orchestra, with whom she was privileged to perform at the Royal Wedding in 2011, and with whom she recently toured Hong Kong. Alexandra is also excited to lead CantiaQuorum, an orchestra she founded in 2014 with her husband Alex. 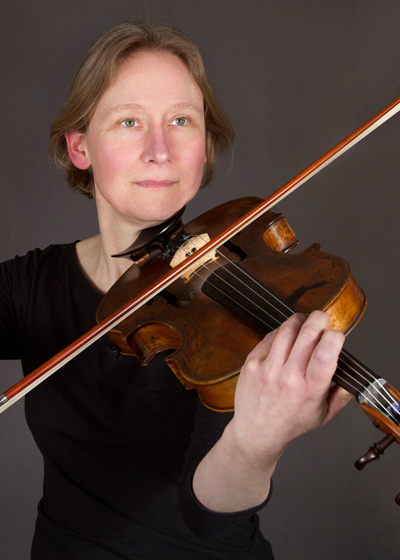 Bridget Carey grew up in Essex and studied jointly at the Royal Academy of Music and London University, becoming one of the RAM’s first Masters graduates in 1987. She then launched into a freelance career which has found her working in every size of ensemble and every genre of music. She has a particular passion for working with composers and creating new work, as evidenced by her role as principal viola with Almeida Opera, Music Projects/London and Ensemble Expose in the 1990s, and her decade as viola player of the acclaimed Kreutzer string quartet. These ensembles provided her with an international performance and recording profile, which she continues to add to with the experimental ensemble Apartment House, and guest appearances with the Birmingham Contemporary Music Group and London Sinfonietta. She is a founder member of the outstanding chamber orchestra Britten Sinfonia, with whom she continues to perform the world over. In addition to her playing work, she enjoys a considerable reputation as a coach and communicator, making creative projects with communities and young people. 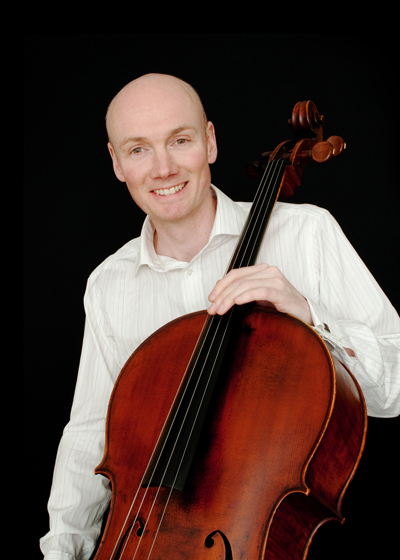 Toby Turton is a prolific orchestral, chamber and solo cellist. As an orchestral musician Toby is the Co-Principal cellist with Northern Ballet Sinfonia; appointed in May 2014. Toby also continues to work on a freelance basis for many of the UK’s finest chamber and symphony orchestras including the Philharmonia Orchestra, BBC Symphony Orchestra, BBC National Orchestra of Wales, Royal Philharmonic Orchestra, Bournemouth Symphony Orchestra, Academy of St.Martin in-the-Fields, City of London Sinfonia, City of Birmingham Symphony Orchestra. He has toured USA, Canada, Europe and Russia extensively over a thirteen month period with the Royal Philharmonic Concert Orchestra and been as far afield as Northern Norway to work for the Norwegian Arctic Philharmonic in winter. Toby performs regularly at the Proms during the summer and played at the first night with Sir Andrew Davis in 2014. Other highlights of last year included Principal/Solo work for both Royal Ballet Sinfonia & Northern Ballet and sitting Co-Principal to Aleksei Kiseliov in the Royal Scottish National Orchestra for several concerts, as part of his trial for Assistant Principal with the orchestra. As soloist Toby has performed over one hundred cello and piano recitals across the UK as well as all of the major cello concertos with a variety of orchestras – most recently Haydn’s C major concerto with the Rosemary Consort in 2013. Toby plays on a fine and rare cello made by Charles Boullangier in 1877. 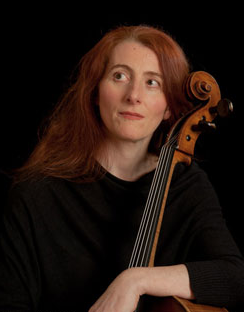 Sophie Harris graduated from Chethams School of Music and the Royal Northern College of Music, where she won numerous prizes. Moving to London, she enjoyed five years with the award-winning Smith Quartet, following her passion for contemporary music. Since then her work has diversified both as a soloist and with ensembles, performing, recording, and commissioning new cello works with a range of composers and musicians including Steve Reich, Gavin Bryars, Michael Nyman, Kevin Volans, Django Bates, Graham Fitkin, Rolf Hind, Isidora Zebeljan, Egberto Gismonte, Melody Gardot, Julian Marshall and jazz luminary Sam Rivers.

She has collaborated extensively with composer Jocelyn Pook on soundtracks for film, most notably Stanley Kubrick’s Eyes Wide Shut, and with Gavin Bryars on a specially commissioned score for the Merce Cunningham Dance Company. Sophie plays a wide repertoire in her extensive performances, CD recordings and radio broadcasts with many of Britain’s leading chamber ensembles – including the Brodsky Quartet, Hilliard Ensemble, Ensemble Moderne and Lontano.

Sophie is the cellist in the Duke Quartet. Her cello is a Daniel Parker 1730. 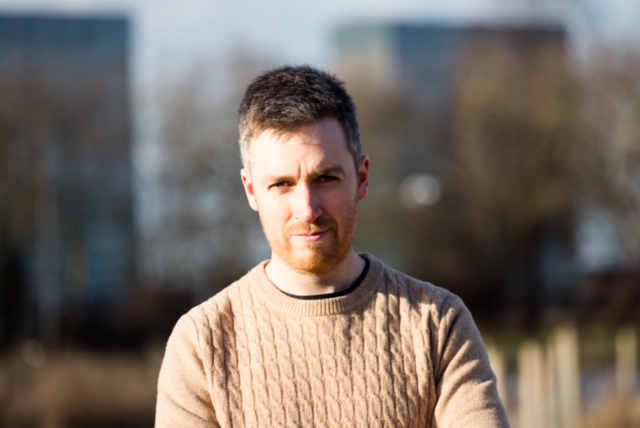 Noted for the integrity and breadth of his musicianship as soloist, chamber musician and recording artist, Richard won the British Contemporary Piano Competition in 2006 and was represented by Young Classical Artists Trust (YCAT) 2011-2015. He has been recognised for his ‘musical intelligence and pristine facility’ (International Record Review), ‘amazing decisiveness’, and ‘tumultuous performance’ (Ivan Hewett, The Daily Telegraph). Richard has released three solo recital discs to critical acclaim and his playing has been broadcast on BBC Radio 3, BBC Two, BBC Four, Classic FM and Sky Arts. Recent highlights include recitals at Auditorium du Louvre, Bridgewater Hall, Huddersfield Contemporary Music Festival, Klangspuren Festival, Konzerthaus Berlin and Wigmore Hall, and tours in China and Columbia.

Highlights in 2019 include premiering a new work written for Richard by Kate Whitley, solo recitals at Music on Main festival (Vancouver), the complete Beethoven sonatas for violin and piano with Savitri Grier and Gershwin’s Concerto in F in Queen Elizabeth Hall.

Richard read Music at Clare College, Cambridge, graduating with a double first in 2008, and then studied at Guildhall School with Martin Roscoe. Richard teaches at City University, Guildhall School and the Royal Welsh College of Music & Drama. 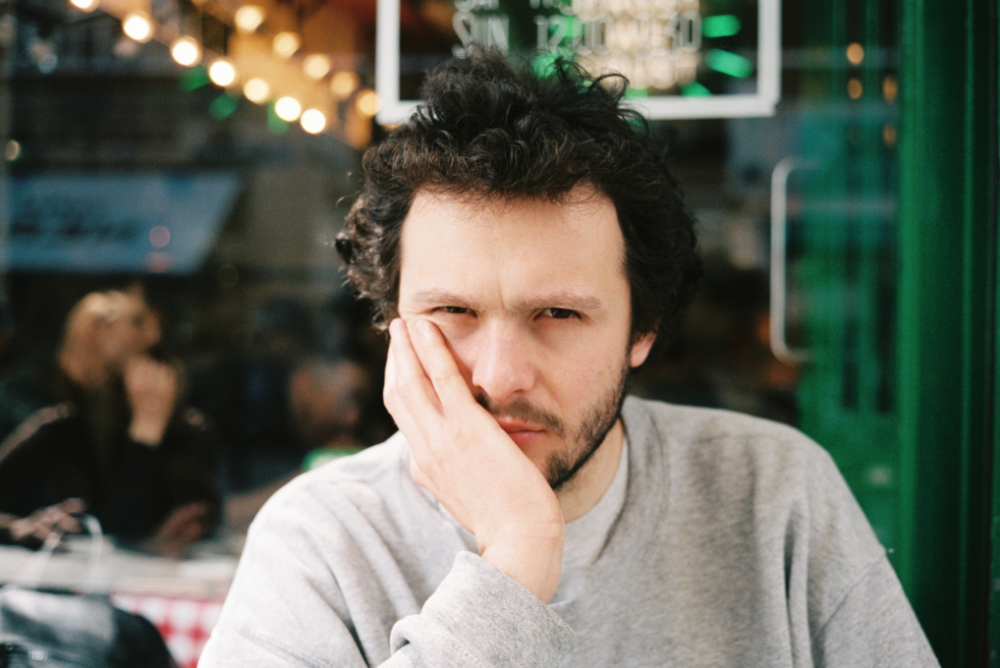 George is a solo, contemporary and orchestral percussionist based in London. A member of the Colin Currie Group, he has also worked with the London Symphony Orchestra, Orchestra of the Age of Enlightenment, Nash Ensemble, Britten Sinfonia, Birmingham Contemporary Music Group, Apartment House, Music Theatre Wales, BBC Singers, Aurora Orchestra, London Contemporary Orchestra and the Royal Opera House, among other ensembles and orchestras.

As a solo artist George has performed at the Southbank Centre’s “The Rest is Noise” festival, the “Occupy the Pianos” festival at St John’s Smith Square, and at a number of Nonclassical events across London, among other venues across the UK. He has also frequently collaborated with the art community, including a number of performances at the David Roberts Art Foundation. His collaboration with Turner Prize -winning artist Jeremy Deller at the Barbican Art Gallery was also featured on BBC2’s Artsnight.

George is one half of GBSR Duo with pianist Siwan Rhys. St John’s Smith Square young artists in 2018, the duo has performed at the Presteigne Festival, at various Nonclassical events including the flagship “Pioneers of Percussion” and “Pioneers of Electronic Music” festivals, has recorded for BBC Radio 3’s In Tune and Open Ear, and have been featured artists at the Hartley Residency, University of Southampton. 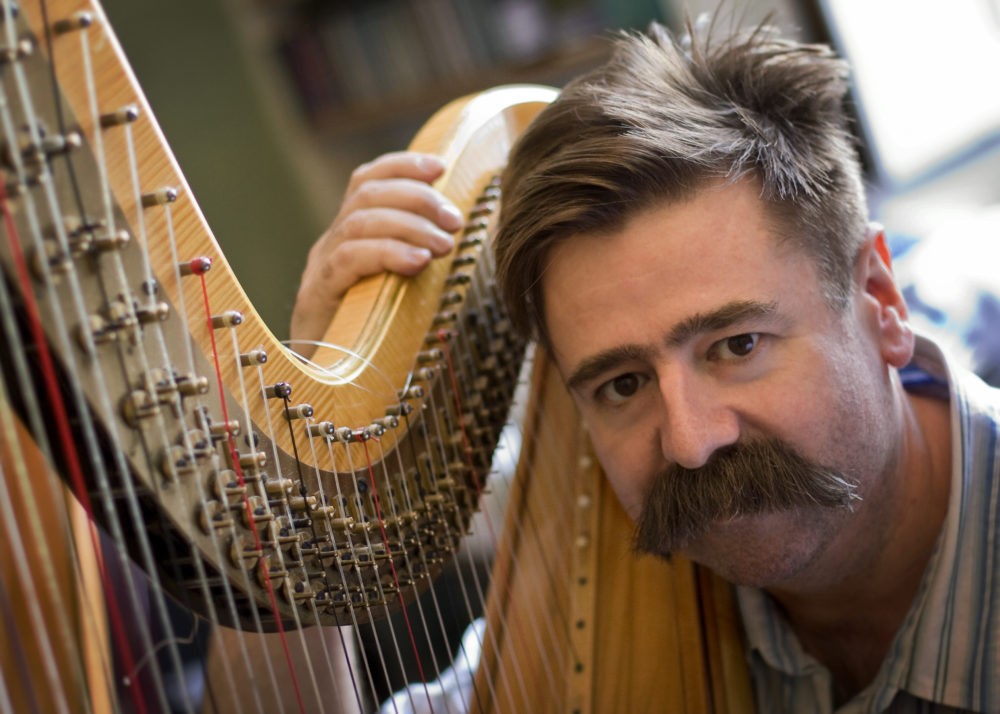 Hugh has worked extensively in the contemporary music field and Javier Alvarez, Robert Keeley, Paul Archbold and Ian Dearden have all written solo works for him, with funding from Arts Council England. Classical CD recordings include Bax’s Concerto for Flute, Oboe and Harp with the Academy of St. Martin’s Chamber Ensemble (Chandos), a collection of Bach Flute Sonatas (Guild), Villalobos’ Quartet (Clarinet Classics), Bax’s Fantasy Sonata (Koch International) and the complete Spohr Violin and Harp Sonatas (Naxos). His most recent recordings are a CD of French Renaissance songs with the medieval group, Joglaresa and a recording of solo and chamber music by Nino Rota for Zitto Records. From 2001 to 2012, Hugh Webb was principal harp of the Philharmonia Orchestra and now freelances as guest principal of the major London orchestras and is active in the film and television music worlds. Hugh has composed a show for children based on Hans Christian Anderson’s The Snow Queen.

‘…filigree or glitter, arpeggios or runs, virtuosity or sheer feeling, Webb is master of them all.’  Gramophone 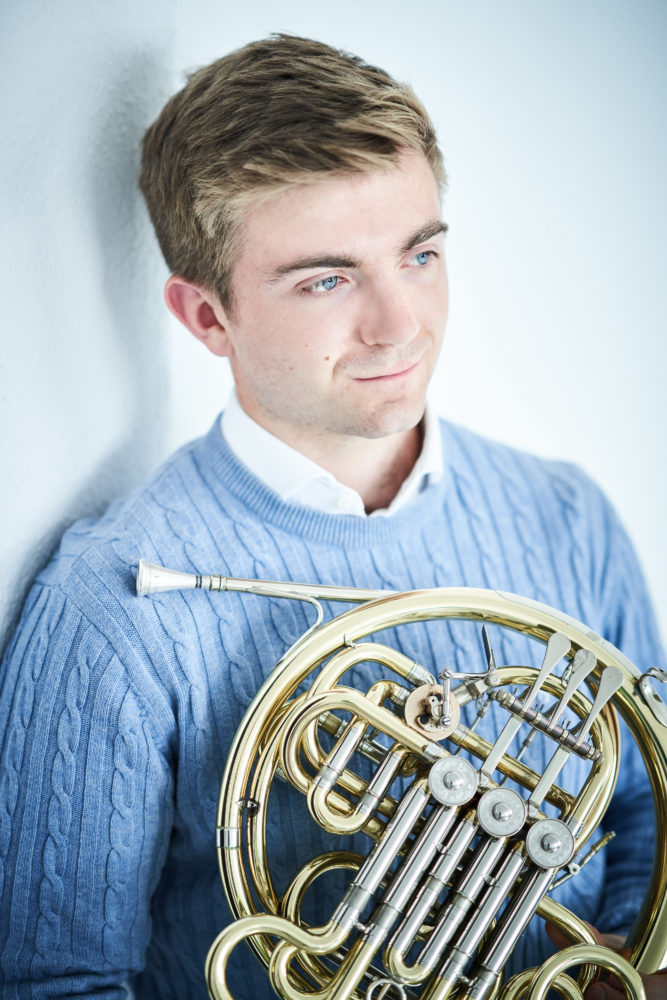 Born in 1997 in London,  Ben was a Concerto Finalist in the BBC Young Musician Competition at the age of 18. Highlights since then have included his debut at the BBC Proms in 2018, appearances as soloist with the Lucerne Symphony, Britten Sinfonia, Aurora Orchestra, English Chamber, City of London Sinfonia, Manchester Camerata, the Prague Philharmonia and Sinfonie Orchester Berlin at the Berlin Philharmonie. In 2018 his debut album was released to critical acclaim, and he was selected as a BBC Music Magazine Rising Star and Gramophone Magazine One to Watch.

A committed chamber musician, Ben has collaborated with Julian Pregardien and Christoph Schnackertz at Wigmore Hall, Sergei Babayan at the Verbier Festival, Daniel Barenboim, Martha Argerich and Michael Barenboim at the Pierre Boulez-Saal, and with Elena Bashkirova and Karl-Heinz Steffens at the Intonations Festival in Berlin. He continues to give recitals throughout the UK with Callum Smart and Richard Uttley.

In demand as guest principal with leading orchestras Ben has appeared with the Staatskapelle Berlin, Philharmonia and West-Eastern Divan Orchestras. In 2018, he performed the solo horn call from Wagner’s Siegfried in a semi-staged production with The Hallé conducted by Sir Mark Elder.

Ben is currently studying at the Barenboim-Said Academy in Berlin with Radek Baborák (principal Berlin Philharmonic). 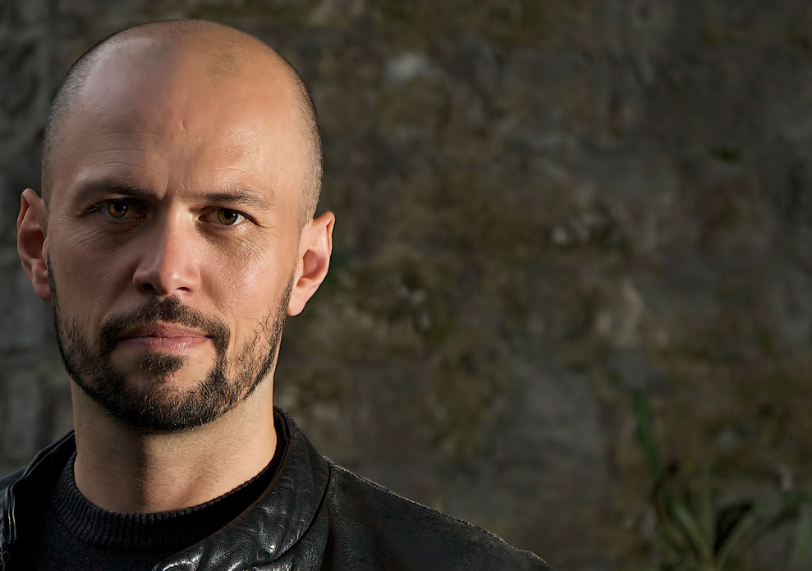 Richard is a leading figure on the British contemporary music scene as one of the foremost composer-conductors of his generation. He studied composition with Louis Andriessen and John Woolrich. His music has been performed by Birmingham Contemporary Music Group – with whom he also has a strong relationship as conductor – and Aldeburgh Festival. In 2010 Baker’s music was featured in the Philharmonia’s Music of Today series and his second BCMG commission, The Tyranny of Fun, was nominated for an RPS award in the chamber scale category in May 2014.

As a conductor, Richard works with the BBC Scottish Symphony Orchestra and BBC National Orchestra of Wales, London Sinfonietta, BCMG, Britten Sinfonia, Composers Ensemble and Apartment House. In March 2014 he conducted a double-bill of new works by Francisco Coll and Elspeth Brooke at Aldeburgh, the Linbury Studio (Royal Opera House) and Opera North.  In 2016 he conducted the Linbury’s highly praised production of 4:48 Psychosis by Phil Venables, based on the play by Sarah Kane.

Born in the West Midlands, a chorister at Lichfield Cathedral and an undergraduate at Oxford University, Richard has also been a professor of composition at the Guildhall School of Music & Drama.